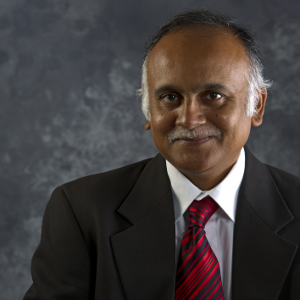 T.R. Raghunandan is Advisor to the Accountability initiative and our consultant in decentralization, anti-corruption and heritage conservation. Formerly in the Indian Administrative Service, he served as Joint Secretary, Government of India, Ministry of Panchayati Raj (Rural local governments, 2004-2009) and as Secretary Rural Development and Panchayat Raj, Karnataka State (2001-2004).

His current assignments include advisor to Login Asia, a network of practitioners in Decentralisation from 11 countries in South, Central and South-East Asia. This project is supported by the Swiss Cooperation Office, Embassy of Switzerland. He is also a member of the Local Bodies Commission, Kerala State and a member of the Working Group on Decentralisation, West Bengal Government. More recently, he served as consultant with the UNDP office in Timor Leste, Consultant to the World Bank on Centrally Sponsored Scheme reforms, Governance Advisor with UNDP’s India office, and was a member of the Committee on Decentralisation, Government of Karnataka, as well as a member of the State Planning Board, Karnataka and Principal Consultant to several Expert Committees constituted by the Government of India, on decentralized public governance.

Mr. Raghunandan works in several Indian States directly with Panchayats and their advocacy associations. He is responsible for setting up and running the ipaidabribe.com initiative (2010-2011), which crowd-sources reports on corruption from citizens.

A model-maker, steam railway enthusiast and classic automobile restorer, he is also co-founder of the non-profit Avantika Foundation, working in the areas of decentralized public governance and heritage preservation. Avantika Foundation is setting up a rural museum for children, named the Museum of Movement, to celebrate the romance of transportation in India. It also works with Panchayats in Karnataka state to improve their organizational effectiveness, through the setting up of a Centre for Decentralised Local Government.