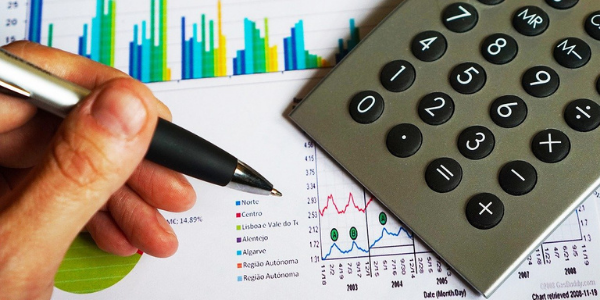 Once having understood, partly at least, the fragmented system of how government funds are allocated and spent in urban areas, my colleague Swaroop and I set out to unearth data on allocations and expenditures from each department. Based on our experience with the ‘PAISA for Panchayats‘ project, we decided to tackle the easy departments first. Getting some data into our excel sheets and then crunching them would give us a momentum, some insights into how data are compiled and stored by departments, and make it easier to tackle the more difficult departments later on.

How did we determine which were the easy departments? We went by our own subjective analysis. The simplest way to identify an easy department is to find out the nature of the officers that head them, at the Taluk, District, and State levels. If the Taluk level officer is helpful, we do not go any further; that is our best-case scenario.

If the Taluk level officers are too busy, indifferent, or hostile — to raise that last possibility is unfair on my part; we did not come across any hostile officers in our research — then we move to the District. In tough cases, we may even be constrained to go to the State level. However, the last eventuality is one that we try to avoid.

Local officers are rarely unhelpful; if they take the time off from their daily crisis management, we have always found them to be keen to help us and be open.

The Women and Child Welfare Department was one of our first ports of call. There were several reasons why we focussed on this important department to kick start our data collection from departments external to the City Corporation of Tumakuru.

First, the department is an important service delivery entity in the city; they run Anganwadis (crèches) and nutrition programmes for mothers and children in the city. In a previous blog, I had described the paradoxical arrangement by which departments that come under the mandate of the Zilla Panchayat, the District level rural local government, deliver services in the city, without any political representation from the city into the rural local government. The Women and Child Welfare Department is one such Department.

Second, the department has a good record of collecting data, right from its inception. Every Anganwadi ‘teacher’ is mandated to fill up several forms that record the details of children enrolled and under her care. These are collected monthly and stored; the quality of analysis may be in doubt, but raw data availability is not a problem. Third, the department tick marked the box on helpfulness. Right from the State down to the Taluk level, officers and frontline workers were helpful and more than keen to share their data on their city crèches with us.

Data can be typed out and faxed. Or a photo taken and the photo sent by WhatsApp. Or printed, and then delivered by hand to the office to which it is communicated. The soft copy remains on one device alone.

A few phone calls and our appointments with the department were fixed. We readied to visit Tumakuru, armed with our laptops and pen drives.

The night before we were to go to Tumakuru, the city was hit by a torrential downpour. It was a typical Deccan plateau thunderstorm, which followed a period of hot and still days.

The Tumakuru Taluk office of the Women and Child Welfare Department is housed in the basement of the Bal Bhawan, which is a large complex of buildings with an auditorium meant for children’s activities, and which houses several other facilities for children, such as a play area, a library and such like. We drove into Tumakuru, and could not help but remark how lovely the weather was; scudding clouds across a blue sky, dappled sunshine and all the dust washed away from the leaves of the roadside trees.

But we sensed that something was wrong when we drove into the Bal Bhawan. The place was in disarray and our friends from the department milled around, disconsolate and distraught. The staircase going down into the basement disappeared into a dark abyss of brown water. We stared down at the disaster. I could not help thinking that it looked very much like the last few scenes of the movie, Titanic. But there was no Leonardo DiCaprio or Kate Winslet emerging from the gloomy waters, bearing the desktop that contained our precious data.

Oh, well, I remarked to Swaroop. There’s no way that we can get any data from here, but surely, this data must be available online, or with the District or State office.

All the data that we needed, was on a couple of standalone desktops, now submerged in ten feet of water.

This brings me to another widespread phenomenon in the government. These observations can be crystallised into two rules, as follows:-

When data are entered into a computer, we assume these days that they are also communicated electronically to all computers, through email, pen drives, entry into database formats, and so on. That is not necessarily so. Data can be typed out and faxed. Or a photo taken and the photo sent by WhatsApp. Or printed, and then delivered by hand to the office to which it is communicated. The soft copy remains on one device alone.

Every office has one (or sometimes two) people who are conversant with the use of the computer. They are in charge of data entry and data storage. They guard data with their lives. Nobody else knows where the data are. If they want something, they ask these people. These people are mostly young, and many are interns, or on contract wages. If they leave, the data storage system implodes.

Where did we finally get what we wanted? We got it from the State government, painstakingly collected by hand from reports sent by the Tumakuru district. Some were in electronic form; other data were typed and reentered.

One is left with no doubt that research teaches one a lot, much more than the final findings of any study. 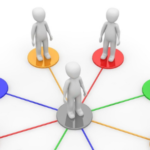 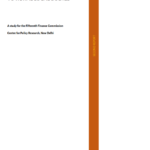 This report presents the findings of a small…