The Anatomy of Indian Administration

In this blog post, I briefly take stock of Lant Pritchett’s arguments on the “flailing” nature of the Indian state, and Michael Lipsky’s seminal work on “street-level bureaucrats” in an effort to theoretically understand the structure of Indian administration.  Pritchett’s attempt through his paper is to make sense of India in its totality, and so he comments on all major facets of what makes this nation-state tick. For my current purpose, my focus is on the administrative aspect covered in his paper. Lipsky’s book covers in rich detail, the workings of and the context in which field level officials of the state, toil. In this post, I have borrowed from the central idea of his work.

India as a “flailing” state

In his attempt at reconciling “the contradictions of a booming economy and democracy with world class elite institutions and yet chaotic conditions in service provision of even the most rudimentary types,” Lant Pritchett proposes that “India is today a flailing state—a nation-state in which the head, that is the elite institutions at the national (and in some states) level remain sound and functional but that this head is no longer reliably connected via nerves and sinews to its own limbs.”

Pritchett’s definition of the “flailing state” hinges on the ‘soundness’ of the head comprised of the elite institutes and its apparent inability to control the rest of the body. The grey matter of the Indian state’s brain is composed of Indian Administrative Services, the Supreme Court, and the IITs among other elite organisations. The limbs of the body are the different tiers of government responsible for implementing the plans created by this head. I would like to think the intricately designed monitoring and feedback mechanisms, the streams of government papers and files make up the connective tissue, nerves and viscera. The people who populate these spaces form the life force or the blood coursing through this apparently dysfunctional body.  By “control” he means not only getting government officials at the lower levels to perform but also just being able to get them to show up for work!

“I propose to label the inability to maintain sufficient control of the administrative apparatus in order to effectively deliver services through the government in spite of a strong democracy and strong capability at the state level a “flailing” state.” When we look at the plethora of governance failure stories or the quality of service delivery in almost any sphere, this argument begins to look like a no-brainer.

According to Lipsky, street-level bureaucrats are field level agents who deal with a large number of people on a daily basis such as teachers, police officers, and public health service providers. Two common characteristics of street-level bureaucrats are a) They exercise discretion in the line of duty which might mean sometimes bending the rules laid down by the state; and b) They develop coping mechanisms to streamline the process of dealing with the general public. He goes on to add that they are unable to perform the best they can because they lack time, information, or other resources necessary to respond to each case properly. This, Lipsky argues, ultimately affects the quality of a programme’s outcomes.

His main thesis is as follows: “The decisions of street-level bureaucrats, the routines they establish, and the devices they invent to cope with uncertainties and work pressures, effectively become the public policies they carry out…Public policy is not best understood as made in legislatures or top-floor suites of high-ranking administrators. These decision-making arenas are important, of course, but they do not represent the complete picture. To the mix of places where policies are made, one must add the crowded offices and daily encounters of street-level workers. Further…policy conflict is not only expressed as the contention of interest groups, as we have come to expect. It is also located in the struggles between individual workers and citizens who challenge or submit to client-processing.”

One reason behind the discord between the main head and the body according to Pritchett is the conditions under which the Indian administrative body was established. A colonial inheritance, our bureaucratic structures largely continue to remain distant from the people they aim to administer. Moreover, the society in which these structures are embedded is fraught with socio-political tensions. Identity based groups frequently set the political agenda at the local level and the administration is not immune to its impacts. Pritchett also touches upon the subject of corruption within the Indian bureaucracy.

On decentralization and furthering citizen engagement with the state, Pritchett observes that these discourses have taken shape in India in the context of the state’s abysmal service delivery and accountability record, aloof as it has remained from the society. The idea behind deepening decentralization, as Pritchett argues, is to gradually transform these identity centered contests among fragmented groups into united calls for better governance, thereby harmonizing the will (shaped by the head) with actions of the body. Lipsky would most certainly be in favour of greater decentralization going by the sheer number of people, street-level bureaucrats have to deal with on a regular basis. Despite the bulky nature of Indian bureaucracy, the number of officials catering to India’s ever expanding population is not nearly enough.

Lipsky’s microscope is pointed at the veins coursing through the limbs of this creature. He recognizes the fact that lower level officials frequently distort or bend rules sent by the “head” for reasons mentioned above. Carry this out over time and one gets to see good and bad practices getting embedded. Lipsky’s conclusions are particularly telling of the state of affairs in a country as vast as India with its massive bureaucracy. He also brings attention to the fact that it’s not just the interest groups that shape the policy agenda but the agents of the state as well by their acts of interpreting rules sent by the top. All because they have to implement the master head’s plans and directly bear the brunt of its “feedback” from the general public.

In this sense, the administrative body of India doesn’t possess a single head but is rather a hydra-headed creature. These “heads” not only interpret and act on the instructions of the master head as described by Pritchett, but also legitimately create and act on their own plans. The limbs thus appear to have minds of their own and they tackle problems different from those faced by the master head. Perhaps then the reason why the master head as described by Pritchett appears sound is because it doesn’t have to directly deal with the vagaries of governing a chaotic society.

Or maybe I have stretched Pritchett’s delightful metaphor to its limit, and should instead start a probe into the Indian administration’s innards a la Lipsky. 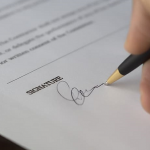 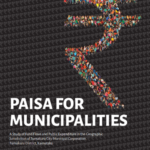